Most people know that wild animals can carry rabies, but many of us don’t think it’s something that can affect our pets or us. Unfortunately, the reality of rabies is closer to home than many of us realize. The disease is present in every state (except Hawaii) and kills hundreds of pets, as well as a few humans, each year.

Understanding the link between rabies and pets is key in protecting your family, both two-legged and four, from this devastating illness.

What You Need to Know About Rabies

Rabies is a polioencephalitis virus that affects the central nervous system and brain.  It specifically affects mammals and is transmitted through a bite or scratch from an infected animal. Rabies is a zoonotic disease, which means it is transmissible from animals to people. In Colorado, skunks and bats are its main carriers.

Once an animal is infected with rabies, it can take up to a month for symptoms to appear. However, once they do, the disease progresses rapidly. Rabies initially resides in the muscle tissue and then migrates to the local nerves. After spreading through the nervous system, it ends up in the brain.  The time from initial exposure and incubation, to the symptomatic stages and death is generally 3 to 8 weeks for dogs and 2 to 6 weeks for cats.

Rabies is extremely dangerous and almost 100% fatal. There is no treatment or cure.

What to Watch Out For

An infected animal will generally not show any symptoms until rabies has reached the brain, at which point the disease has reached its late stage and death is imminent.

The symptoms of rabies appear in three distinct stages, which are as follows:

When people think of rabies in pets, dogs are what typically comes to mind. It’s important to note, however, that cats can and do contract rabies. In 2015, a kitten in Colorado was diagnosed with rabies, causing 20 people to seek treatment.

Keeping Your Pets and Family Safe

You can minimize the risk of contracting rabies for your family and pets in the following ways:

If you have any questions or concerns about rabies and pets, please contact the staff at Lone Tree Veterinary Medical Center. 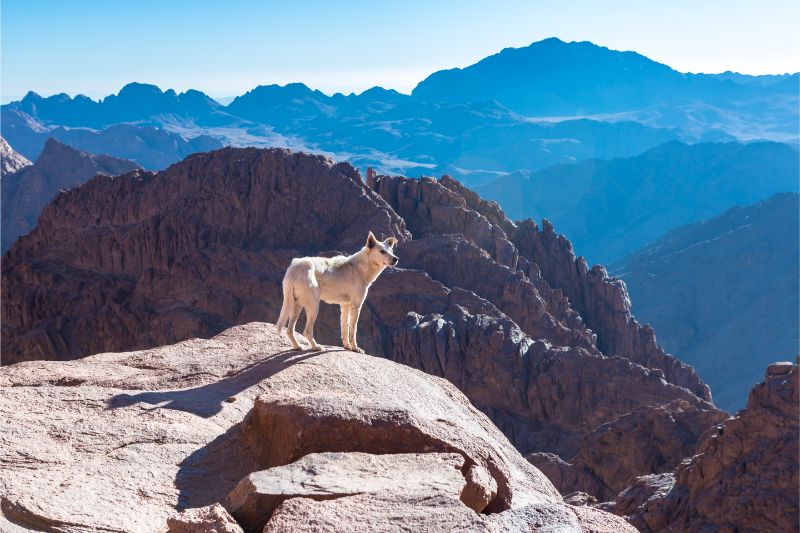 Can Pets Get Altitude Sickness?

At our altitude of 5,280 feet above sea level, most Denver residents and visitors don’t experience the debilitating effects of altitude sickness – that is, until they head to the mountains. The nausea, dizziness, and shortness of breath that accompany altitude sickness affect approximately 20% of individuals above 8,000 feet, and can really put a damper on a day of skiing, hiking, or sightseeing.